Many dream of walking across the stage one day in a cap and gown to get their diploma. While this is a lovely vision, few are truly prepared for what comes next.

Perrysburg High School received its latest “report card” from the Department of Education last week. It received an A rating overall — the only school in the area to receive such a rating other than Ottawa Hills.

But within the report praising Perrysburg lay one blemish. Perrysburg received a C rating on the “Prepared for Success” category.

Many people from teachers to current students to former students all have mixed opinions on this C rating. 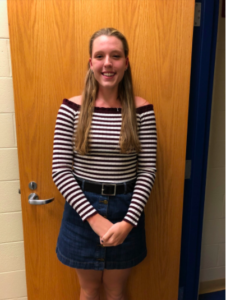 Julia Lee, a current senior, said, “Yep. I think academically we tend to be inclined, but when it comes down to real world situations we struggle to apply our real-world knowledge.”

Former students and teachers alike believe that PHS focuses too heavily on academics rather than life after Perrysburg.

Alumna Kelly France, class of 2016, offered this advice on her post-PHS preparedness: “Put a heavier emphasis on…classes like Home [Economics] and Personal Finance to make them seem more important than just an easy-A class.”  She went on to explain that her senior year was the only time she felt that they were preparing for life after high school via writing college essays and personal finance.  PHS does not require senior status to enroll in these classes.

Principal Michael Short explains that the state determines school ratings based off of test scores, most notably the ACT/SAT.

Ainsley Sinclair, a junior who has taken ACT, said, “one test shouldn’t define your entire life. Some people are more than book smart.” 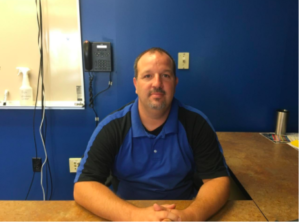 Not everyone shares the belief that Perrysburg struggles preparing students for life after PHS.

“I think Perrysburg does a fantastic job of preparing students for the next level. I know students that have come back from college, that are in college, that have graduated that talk to me… they feel that Perrysburg has done a fantastic job of making college seem easy [because] they now have the study skills. They have the management skills to make themselves successful” says Chris Stein, a history teacher at Perrysburg.

Stein is not alone in his belief.

Ms. Lindsay Levans, a math teacher and class of 2012 graduate, felt surprised by the C rating. She feels that Perrysburg does a very good job at preparing students academically so that they can be independent for the work force and college. 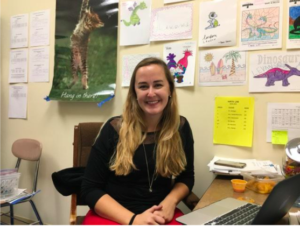 Regardless of personal opinions of Perrysburg and its ability to prepare students for life after high school, the overall A grade received on the report card shows that there is no denying Perrysburg is doing something right.