In today’s world, the Internet is a necessity, especially here at Perrysburg High School. It contributes a large piece to our education because it is so convenient to have and use. What allows us to learn inside and out of the classroom flexibly is an internet protection act called Net Neutrality.

Net neutrality keeps everybody’s internet speed equal and ensures that every customer and service provider benefits equally. Unfortunately, those who supply our internet want that act to implode for profit. 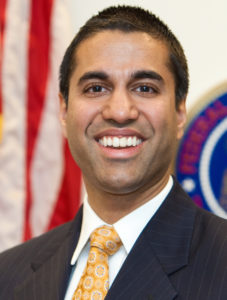 Net neutrality is the basis for what prevents major companies from giving consumers online service wormholes.

Here is a hypothetical situation that shows the effect of net neutrality: let’s say you have a contract with AT&T, one of many service providers, and AT&T owns  [hypothetically] a portion of Google. Your internet speed will be faster while accessing Google, but intentionally slower for competitors like Bing, which AT&T doesn’t own. This is more of a method to redirect you back to using their service for faster speeds, which benefits them more. The process that causes this is called throttling, when a service provider shows preference and faster speeds to some sites over others, according to whatever data plan you have.

With net neutrality, providers are not allowed to throttle customers’ connections to websites used, such as Google or Bing. To allow throttling would obviously be unfair to the average consumer as it inconveniences them just to end up giving their service provider more money. If net neutrality were to be repealed, these service providers would be able to show favoritism to sites like Google to, in turn, bring both companies more profit.

Back in January of 2017, a bill was introduced to kill off net neutrality. After the news coverage on the issue had fallen into obscurity, the story sat dormant for a few months, and it has just now gained speed again.

The FCC, alongside FCC chairman Ajit Pai (who was designated chairman by President Trump), held a vote on December 14th that passed, ensuring that net neutrality would end.

Mr. Ajit Pai, chairman of the FCC and leader behind the death of net neutrality, featured in a comical .gif of user concerns about censorship

Mr. Pai has been fighting to the death to rid the US of net neutrality so he can follow through with his “Restoring Internet Freedom” Act. Mr. Pai’s basis for argument is that neutrality destroys the opportunity for investment. The act in question is what would bring back boatloads of revenue to service providers at the expense of consumer loyalty. The endgame here is that the only beneficiaries to rise out of the rubble will be internet service providers, and it seems that Mr. Pai is on President Trump’s “let’s make the rich richer” bandwagon.

Big companies such as Verizon or AT&T have money to burn. Greed is the only factor that surrounds the slashing of net neutrality; this is not being done for the benefit of the people. This benefits the major service providers, the FCC, and those who are involved between both. To put the whole situation in perspective, what if the government was told to stop “regulating” your water so that businesses could start dumping waste and chemicals into your water supply again? There would be a large uprising against a public injustice, and the same thing is happening here with net neutrality. The citizens don’t get anything out of it other than something non-beneficial and unnecessary. Net neutrality is what restricts that “pollution”, from being let back into the stream of internet service that everyone has access to, and the FCC wants to get rid of it.

Now that net neutrality has now been voted down by the FCC, where do we go from here?

Well, the first plan of action is to get ahold of state congressmen. These people are our voices inside the government, so once the final stage of determining net neutrality’s fate gets underway, they will vote on behalf of the people of their state, so speak up! The second step is to go to the supreme court with the issue in hand. Net Neutrality is not FULLY dead yet, and there will definitely be state attorneys lining up to sue the FCC for their conspicuous scheme.

What are some ways you can pitch in?