The DREAM is Still Alive: What is DACA?

The DREAM is Still Alive: What is DACA? 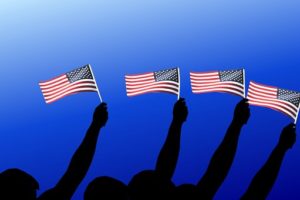 DACA stands for Deferred Action for Childhood Arrivals, meaning that if your parents bring you into this country as a small child, you will not legally be at fault for being undocumented. DACA applicants must be able to prove that they were younger than 16 when they arrived and have lived here continuously since June of 2007.

The DREAMers, as DACA recipients are known, must also keep a clean criminal record and be enrolled in either high school, college, or the military. According to NPR.com, there are about 800,000 DREAMers in the United States. They are able to renew their status every two years.

NPR.com states, “The term DREAMer is derived from a legislative bill, first introduced in 2001, called the Development, Relief, and Education for Alien Minors (DREAM) Act. It has yet to be approved by Congress.”

Several students around the school were asked to share their opinions on DACA and on Trump’s actions. Sophomore Jenny Chen, regarding immigration tensions in general, said, “What is the big deal about another person coming into our country?”

Jonell Reece, a junior, asked, “Why should they be at fault for something their parents did?”

“You can try to empathize with DREAMers and their situation, but no matter how hard you try, you’re never going to completely understand and neither is Trump,” said senior Clarissa Rodzos.

“DACA recipients are kind of a unique group, while most people who came into the country illegally choose to do so. Often these people are kids and they didn’t have a choice,” said Josh Spiegel, a government and sociology teacher here at the high school, “and two, these people have no real connection to their home country, since they were brought here as kids. The stats for people who are DACA recipients are pretty encouraging because they are more likely to seek education and start businesses and do the things we would expect Americans to do.”

Spiegel explained that he believes it would be a good idea to extend either a path to citizenship or a legal residency.  He explains that [deportation] would be a loss to our culture as a whole in a sort of ripple effect. If a person has a certain skillset or occupation, and those people are deported, it may be difficult to find someone able to fill the same position as teachers, students, doctors, etc.

On the other side, Spiegel also acknowledges that DACA could be seen as unfair to immigrants who go through all of the legal procedures and work very hard to get into this country. “It certainly seems like it is not completely fair.”

On a brighter side, Republican senators “introduced a bill that, if passed, would create a pathway to citizenship for potentially more than 2 million undocumented immigrants who came to the United States as children,” on Monday, September 25th. According to VOAnews.com, recipients would have to remain in a five year “conditional permanent residency” and then reapply for a second five-year term. After the ten years, they are able to get permanent legal residency, which is a precursor to applying for citizenship.

Perrysburg High School’s principal, Dr. Short, believes the DACA program itself is “a step in the right direction,” for a path to citizenship.

“At the end of the day, one of the hallmarks of America is we’re built by immigrants, and while there’s a matter of how did somebody get here, I think there are potentially victims of illegalities that are caught in the middle. When those people are children, I think that becomes a real problem. As an educator, I’m concerned about helping kids. In terms of this, I would try to stay away from the political pieces and just look at, ‘If I have a child in front of me that is here for an education, I need to provide that education,’” Short says.

DACA is in place currently to aid those who had no choice but to follow their parents into this country, and are searching for a permanent home in America. It is our duty as a country to aid those humans in their paths to become citizens.

Patrick Murray, an honors Government teacher, chimed in, “There’s this certain economic loss, there’s also a loss of the social interaction and the fact that these people live with us and a lot of the time, we don’t even know… that they might have come here illegally. They’re not illegal now because they qualified for DACA.”

Mr. Murray explains that he sees both sides of the debate: “On the other hand, the notion is that these are people who came here illegally and if we’re going to have laws in this country, the expectation is that everyone follows those laws.”

Nicole Bihn, a high school guidance counselor, expressed, “What [DACA] is intended for are students whose parents brought them here when they were underage, just like any one of us would have had no control over what our parents did when we were two years old.  The same thing happens to these students. For many of them, the only life they know is within the United States of America.”

DACA is an important establishment in the lives of many young undocumented Americans.