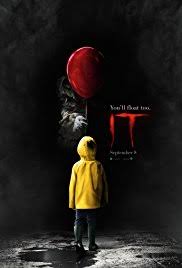 I’m sure you have already heard, but the remake of Stephen King’s It was recently released just in time for the spooky season and is already getting a lot of attention.

Directed by Andrés Muschietti, It brought in $60 million in its second weekend of being in theaters, making its two-week total at $218.8 million. After its second weekend, the movie became the biggest September release in domestic box office history!

The movie was suspenseful, sometimes frightening, heartwarming, and even a little tear-jerking. It is rated R though, so be sure to have a parent buy your tickets for you, come with you to see it, or at least be 17 years old.

Set in the 1980s, after William (Bill) Denbrough’s younger brother Georgie mysteriously disappears, Bill and 6 other outcasts find each other and have a chance to bond over one common thing; they have all experienced It. It, which comes out to pray on the children of Derry, Maine, every 27 years, uses their fears against them to quite literally scare them to their death. Pulling details from the Stephen King novel and from the original movie released in 1990, It is a coming-of-age story about friendship, hardship, love, and facing your fears (of It).

As mentioned above, there were seven main characters to become familiar with. Six out of the seven characters were boys and only one girl. The main character is “Stuttering Bill” Denbrough (Jaeden Lieberher), who does an amazing job of capturing Bill’s all-too-familiar stutter and portraying a loving and grieving brother in the movie as he was in the book.

Another character, who is personally my favorite, is Richie “Trashmouth” Tozier (Finn Wolfhard), he really does an amazing job of portraying Richie’s laid-back attitude and crude sense of humor. He was easily my favorite because he was the most lighthearted, his jokes were perfectly timed, and he often made a tense situation comical and easy-going. 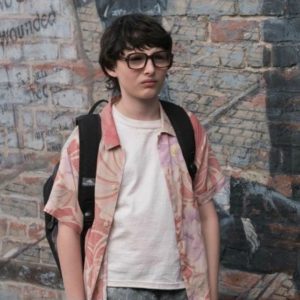 It is a great movie for all the horror fanatics out there and even for some people who just like a good laugh, but it is rated R for a reason, so viewers: you were warned!