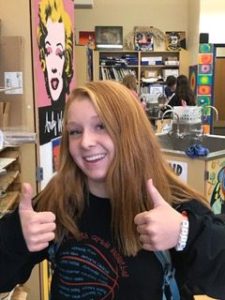 For many freshmen, transitioning into the high school comes with a lot of obstacles; although, for these 30 students, not only have they quickly adapted to the new lifestyle, they have found their own way to become more involved with the jacket way. This year’s freshmen class went above and beyond, (to say the least), in their “campaigns” to prepare for the elections.

One of the winning candidates, Shini Staats, was interviewed before her win.

Upon asking Staats how she feels on winning, she replied with, “Slim to nuttin’.” We also asked Sydney what she did to prepare for the student election and she said,

[I] brought in a hundred bags of hot cheetos.”

Staats’s tips on winning an election are to just be yourself, and she plans to bring new opportunities to Perrysburg High School.

Olivia Fenneken, another winning candidate, was also interviewed: “Oh my golly, I was just so jolly, and I was putting up posters and handing out some punny candy.” Fenneken’s techniques on winning consist of simply getting your name out there and for people to hear about you. She says she will be bringing her determination to student council.

Grace Reiter, another newcomer to freshman student council, was very prepared for this upcoming election. Reiter brought and made a ton of posters to get her name heard (you may have heard her campaign slogan, #race4grace). She suggests to other , in order to win, you need to get your name out there. You also need to get people to know your name and who you are. She tells us that she plans on giving the students of PHS anything and everything they want. 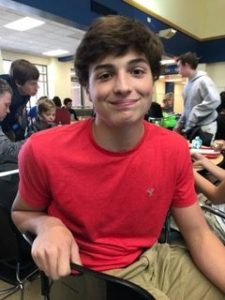 “I knew I had to get cracking on my campaign, so I was thinking of signs, tasty, mind-swaying treats and how I can change the school for the better.” Zachel says he thinks that people win if “they relate to the people and look darn good while doing it.”This year, Zachel will bring his solid work ethic, his cheerful attitude, and his considerate decision-making skills to student council.

Upon interviewing some of the new members, we also interviewed Braeden Vasko, who did not make this years student council. 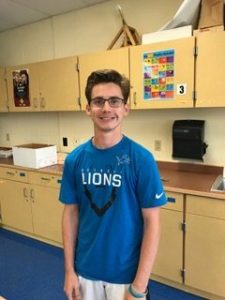 We asked Vasko, a cross-country runner, what he is planning on doing to continue showing school spirit, and he said that he is involved in pride club and is trying out to be an add-on. We also asked him what he did to prepare for the election.

“I talked to people to guarantee votes, and it clearly didn’t work out.” Thankfully, Vasko still has hope to make student council as an add-on.

Congratulations to all of the upcoming freshman student council members and good luck to all those who may have not gotten into it this year, but will plan on making it next year!