The Band Bug Out

The Band Bug Out 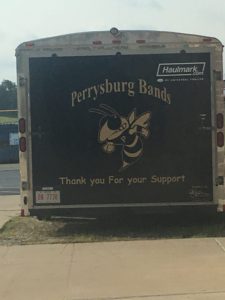 Have you been bugging to hear about what happened in the marching band storage closet over the weekend of September 1st through the 3rd?

Many of you may or may not know that there was a bug infestation in the marching band storage cabinet. However, this is not the first time it has happened.

Mr. Ryan Williams, the assistant band director, stated, “Last year it started with a student finding brown bugs in their [instrument] case, which we assumed was like ‘Oh maybe he played after he ate, and there was food in there…’ Then we cleaned it up, got it disinfected and it was all good the rest of the year.”

Although this problem was deemed as solved, those in the band started to find bugs again this Saturday, which was not a good sign. It all started in one bass clarinet case and spread to another and then another, which caused an infestation in the entirety of the marching band closet.

“In the same case we found more bugs and then we had to disinfect them again” so this problem has happened before.

However, Williams also stated that “apparently [the bugs] like water, though, because of Mr. Scott Schleuter, The band director, found some on his water bottle one time.”

Liam Hansen, a sophomore in the band, however, expressed that, “The marching band kids ate candy before they played, making it so the tubas and the bigger instruments got bugs inside of them.”

This conflict affected the entire band as the directors and others had to move and clean every marching band instrument. Although there were conflicting stories between the band directors and students, the issue is now solved. Don’t bug out!