Beauty and The Beast Review

Beauty and The Beast Review 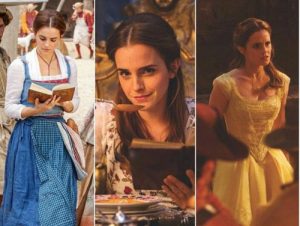 The story of our childhood full of Disney princesses was brought to life this past month. Beauty and The Beast made over $170 million opening weekend at the box office. As most of us know the spell was put on the beast when he is having a dance, an old lady comes in and offers him a rose, he turns it down and the old lady shows her true form as an enchantress. She puts a spell on him and anyone who lives in the castle, he becomes a beast and everyone that lives there becomes talking antiques while everyone else loses their memory of the castle. To break the spell he has to find love before the last petal falls on his 21st birthday. If the last petal falls he stays a beast forever and everyone else becomes inanimate antiques. During his 20th year, Belle’s father stops by the castle after a wolf attack. As he’s leaving he tries to take a rose which gets him imprisoned in the castle by the beast. Belle comes to find her father and switches places with him to be the beast’s prisoner for her life. Throughout time they slowly fall for each other but he lets her go to help her ill father. When she gets to the village people finally believe in the Beast and join a mob to go kill him. Belle follows trying to get to the Beast before the mob. Gaston and the Beast have a fight as the last petal falls. The enchantress sees how much Belle cares for the Beast and how much he cares for her. Therefore she lifts the spell and the Beast becomes a prince again. 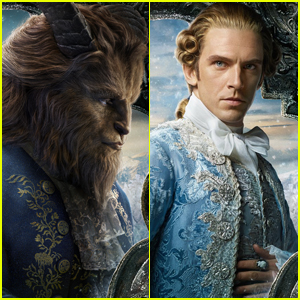 The Beast played by Dan Stevens. Photo by JustJared.com

Emma Watson who played Belle did a great job at making Belle apart of her acting career. She worked with the designer and created the magnificent yellow dress, but also helped take Belle’s personality of being a farm girl and a reader and put it into her opening dress. Some say they don’t like the yellow dress because it’s not the original, but I thought the dress did great making it look like it floated with Belle as she danced with the Beast in the most well-known scene of the ballroom dance. Although I do love the songs and the entire soundtrack, I could definitely tell that Emma was totally auto-tuned. Emma’s acting was great and I could definitely see the true Belle in her. 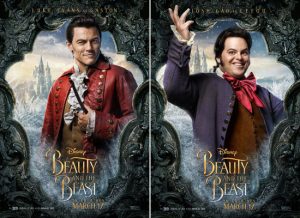 Gaston played by Luke Evans did a remarkable job playing the selfish Gaston we all know was determined to marry Belle. Even though he is the villain of the movie.  LeFou, played by Josh Gad, was my favorite character. Critics did not like that in this version of the movie because LeFou is gay. This has some controversy; in Alabama, they banned the showing of Beauty and The

Beast because LeFou is gay but I thought it made the movie better because he made some serious parts light-hearted.

Dan Stevens who plays the Beast did a good job as the Beast, especially after the spell is broken he definitely did a great job. The animations were AMAZING! They definitely made each character look 100% real. The “Be Our Guest” scene definitely showed the hard work of the animations, although Belle’s expressions during that scene did not impress me, she seemed almost bored as she has dancing and singing cups, candle holder and a clock in front of her.

There is a plot twist but I won’t spoil, let’s just say I cried and it was amazing. The music is just amazing they really outdid themselves on this movie. Overall I loved this movie and would give it a 9.5/10 because of the amazing animations, and they didn’t entirely change the plot of the story. The magic is amazing and afterward, you’ll leave the theater in awe. All I would truly change is Belle’s expression in the Be Our Guest scene. You should definitely go watch this movie this weekend with some friends or family!

Other stories by Ally on eSomethin: