The statistics in this article refer to a shooting incident where four or more people were injured. 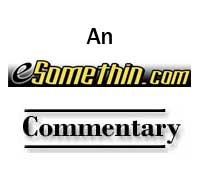 Do you know how many days are in a year? 365. Do you know how many mass shootings there were in 2015? PBS.org says 372. According to nwitimes.com, over 1,700 people were either injured or killed by the gunmen in 2015. The longest time between two shootings that year was only six days. In 2016, however, there were only 136. It is hard to write the word only. Only 49 people were killed in the deadliest shooting in American History. Only three of the shootings had casualties, they only added up to 61. There was only one hate crime that resulted in more than one fatality. According to CNN data from 2013, schools and businesses represent 70 present of shootings.

Americans, statistically, own more guns that citizens in any other country. According to CNN 16 of the 30 deadliest shootings dating back to 1949 have occurred in the last 10 years.

I believe that gun control can help. Guns have been successfully used for self defense in muggings or home invasions and are the most common weapon when hunting; which is why completely banning guns won’t work. Handguns are popular for permits to own and carry, and rifles are common for hunting. But why are machine guns still sold to ordinary citizens?

According to http://www.gannett-cdn.com/, mass killings happen every two weeks. They also say that about 44% of shooters target strangers.

A quote from www.militaryfactory.com says that the goal of a machine gun is to shoot 1,000 rounds per minute, the literal purpose of this weapon is destruction. Even though this can do the most damage, almost half of these shootings have been committed with a semi-automatic hand gun, proving that even a small weapon can do a huge amount of damage.

Historically, it took roughly twenty seconds to load and shoot a 1776 musket. According to revolutionarywararchives.org, loading the Kentucky long rifle was relatively quick, with three shots per minute. Handguns today can take less than a minute to load 12 rounds.

I recently had the chance to talk to Dawn Burks, one of the counselors at PHS, about this topic.

“Being proactive instead of reactive is very important,” she told me that she is very confident that we are prepared in case of an intruder.

“The staff has been through ALICE training.” ALICE stands for alert, lockdown, inform, counter, and evacuate.

2016 was the year of many beloved celebrities dying, but many people seem to forget that Christina Grimme was shot and killed while signing autographs. everytownresearch.org says that there were over 40 incidents of gun violence at schools. 5 police officers were killed by a sniper over the summer. There was a school shooting in Texas in September, one in South Carolina in September, and one in October in California.

What’s your opinion on school security? Write a letter to the editor or request coverage here https://www.esomethin.com/about-us/request-for-coverage/