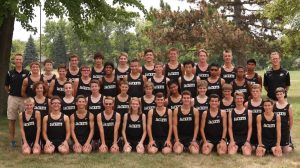 Boys and girls cross country are very popular sports in PHS, and our teams perform much better than many would have thought. Both of our cross country teams are going to states this Saturday! The boys and girls on these teams have worked immensely hard over the past months to reach this amazing goal. I was able to get an exclusive interview with Andrew Monheim(junior) and Jesse Menke(sophomore).

Monheim discussed how he felt going to states since the last time that they went was 1972. He responded by saying, “It’s an awesome feeling, you know, it’s been awhile since we’ve made it, but everybody is really excited and we’re really prepared to run a great race.”

When Monheim described preparing to run a great race.  Both the girls and boys teams run between 30 and 70 min. They run at Sidecut Metropark, but Jesse told me that the boys and girls each do their own thing.

RIVALRIES!!! Who doesn’t love a good old fashioned rivalry? The girls and boys teams both have different rivals which aren’t uncommon in many sports. 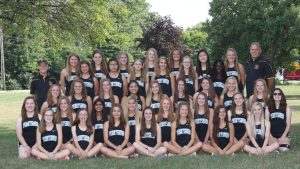 Menke said, “Our biggest rival is definitely Northview because, this season especially, we used to be pretty close for team scores, but this year they’ve beaten us in every meet except regionals which we just beat them to make it to the state meet”.

On the boy’s side, Monheim explained the boys biggest rival, “It was most likely Saint Francis because, talent-wise, they’re really close to us and they’re like our main competitor and we had to beat them out to make it to states”.

Both Andrew and Jesse some of the top performers on their team and they look to help their team’s two fastest runners Adam Ohls (junior) and Grace Lahey (senior) to a state championship. Go Jackets!!!!!

Perrysburg High School is holding a “state send-off” in the commons for both teams today at 11:15am.