Imagine being pulled from the stands of a varsity football game and put right into the action of the game.  Friday, October 7th, the Perrysburg Yellow Jackets (2-4) faced of against the Southview Cougars (0-6) in week 7 of the high school football season, and a very special moment happened for freshman football player Caleb Gerken. Caleb arrived at the game feeling like every other fan and watched as the Jackets took a commanding 35-0 lead in the first quarter.  As a result, the Perrysburg coaching staff were already looking to replace the starters to prevent further injury. An injury to backup running back Griffin Pendry forced the coaches to make an important decision:  who would replace starting running back Tim Selhorst.  It was mentioned through the headsets that Gerken, a freshman running back, was at the game cheering on the team. The coaches made the quick decision.

Coach Lorenzo went over to the student section yelling “Gerken” to try and get the freshman’s attention. Soon students began to catch on and began chanting his name, knowing that something unusual was about to happen. Caleb said he was “a bit nervous and confused” when his coach said to hop the fence onto the field, but when asked if he knew the plays, he confidently said yes!

Gerken hurried over to the locker room and scavenged around lockers to find spare pads, cleats, pants, a jersey and helmet that he could wear.  His regular equipment was in the freshman locker room. When he was ready he ran to the Jacket’s sideline and was almost immediately put into the game. 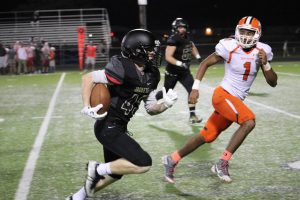 He reflects back on the experience, saying, “It was kinda surreal, I didn’t feel it at first, it was almost like it was a dream.”

Not only did he play in the game, but he scored a touchdown with 25 seconds left in the second quarter.   He commented that “it was a really cool feeling playing in [the game] and getting a touchdown.”

Gerken ended the game with many rushing yards and many more carries, but the possession that resulted in a touchdown became the most significant in the eyes of the fans.

As of now, Caleb will now be dressing with varsity for the remainder of the season so that a situation like this will not be necessary in the future. The students, fans, and players at the game definitely got their money’s worth. 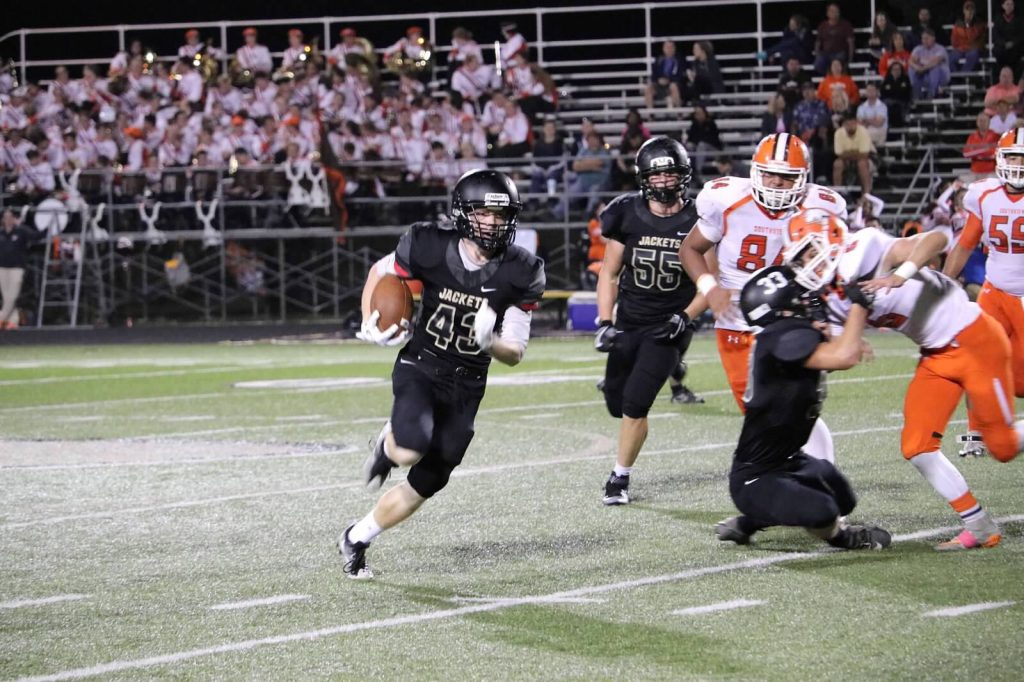 Other sports stories on eSomethin’: