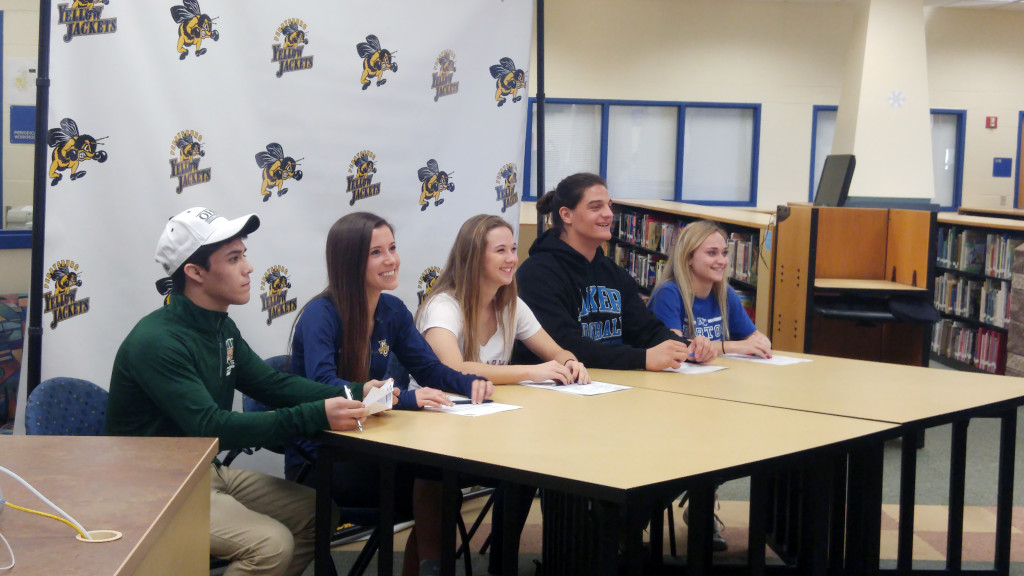 For many people, February 3rd was just another average Wednesday, but for five Perrysburg athletes, their families, coaches and fellow athletes it was a momentous occasion.

When I first heard about Signing Day, I had no idea what it was. When I mentioned it to fellow students, quite a few had the same reaction. Eventually I was told that Signing Day is a day where athletes who are offered scholarships at a school for their sport promise to attend the school by signing a document.

When walking into the Library you could feel everyone’s emotion surrounding the athletes. 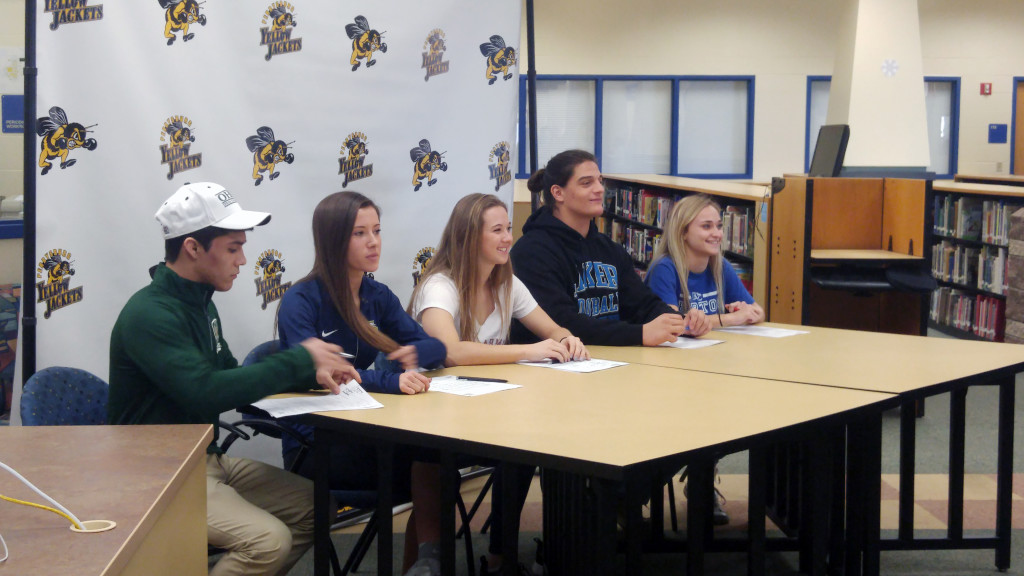 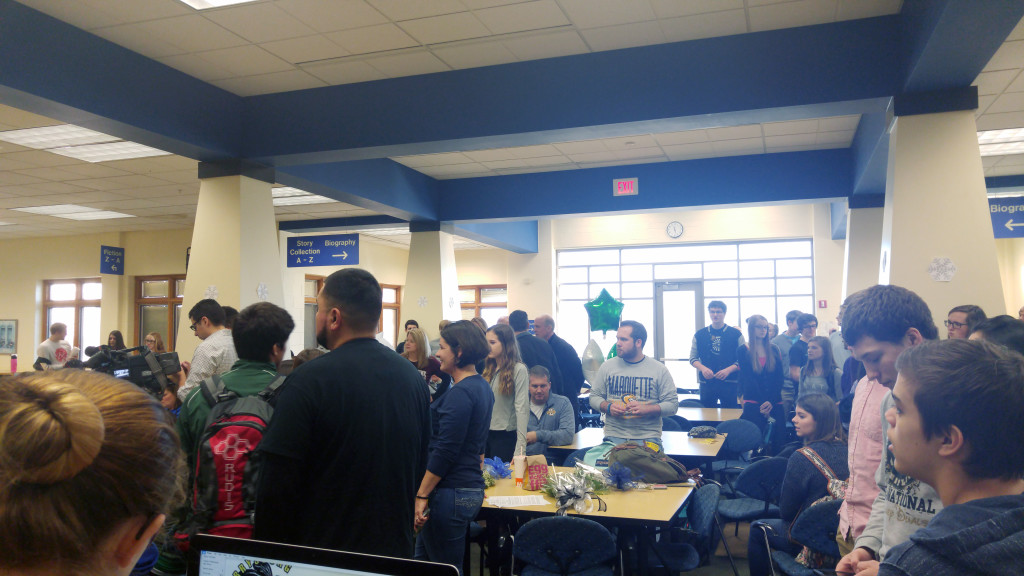 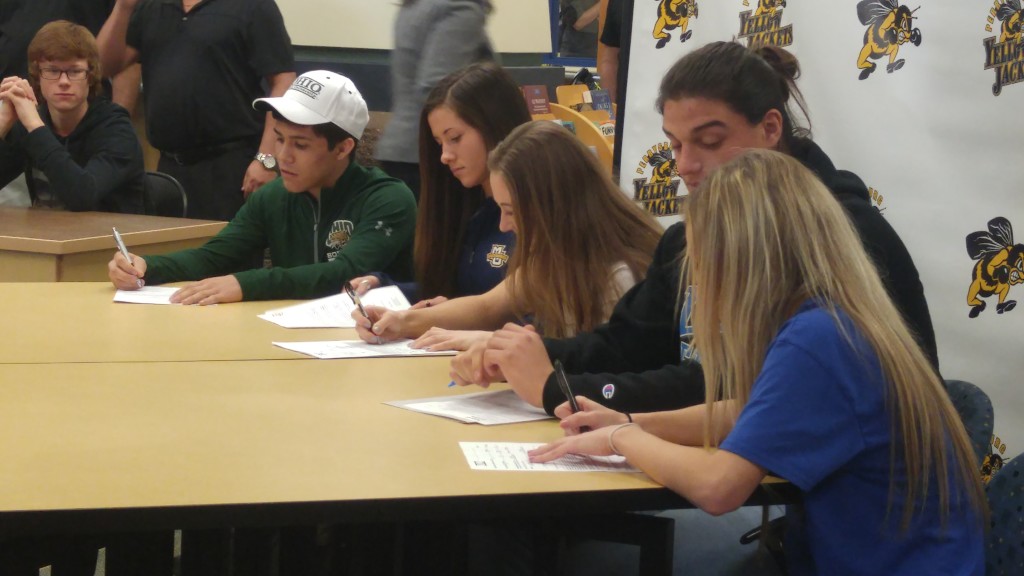 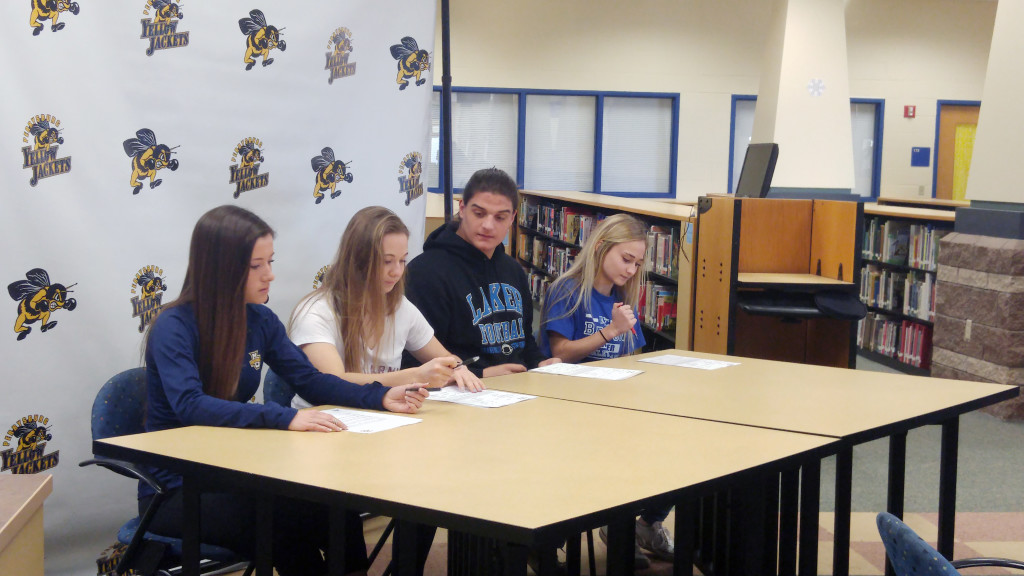 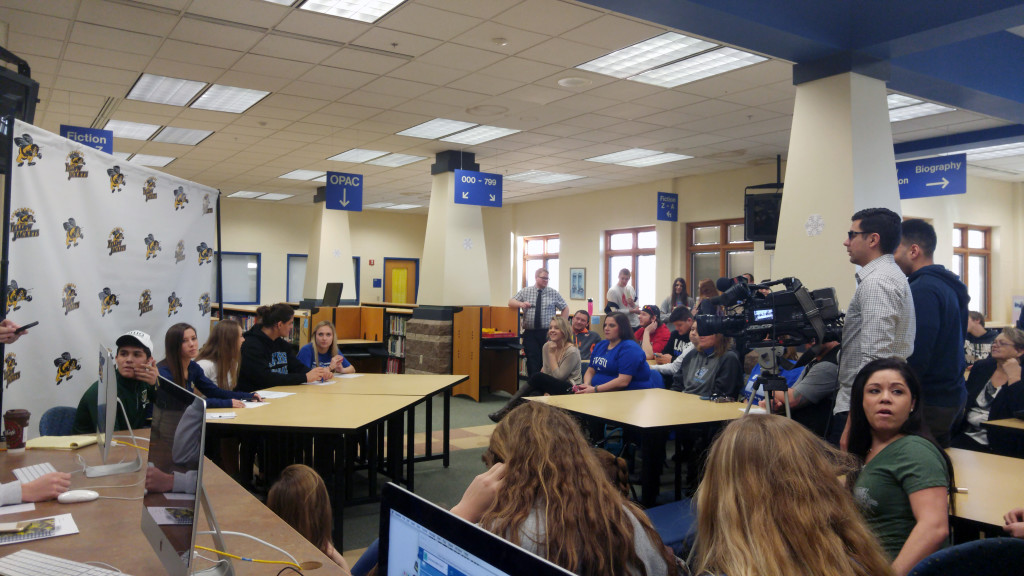 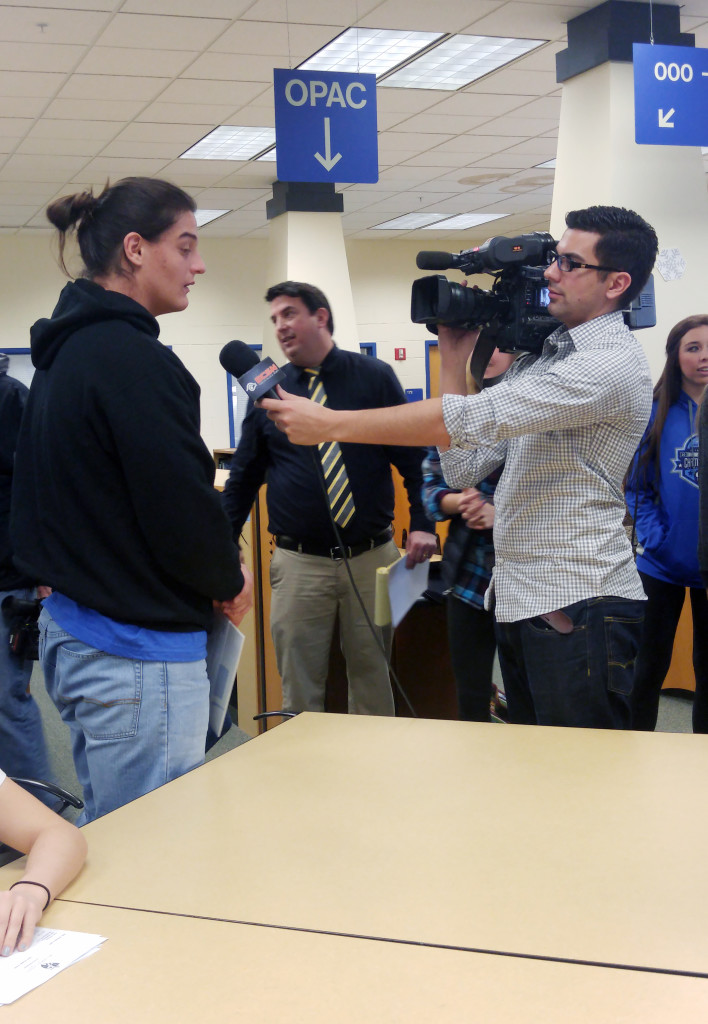 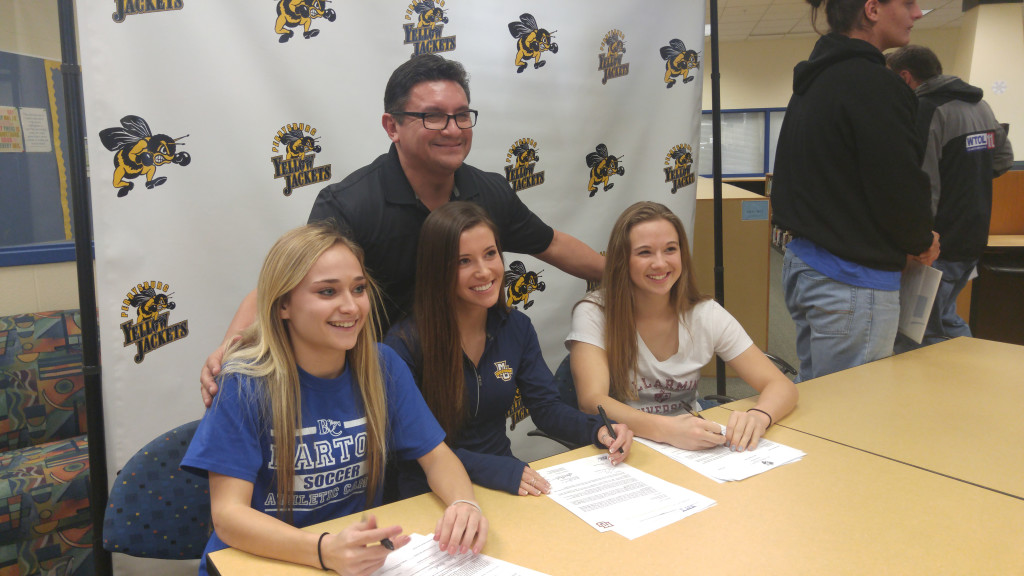 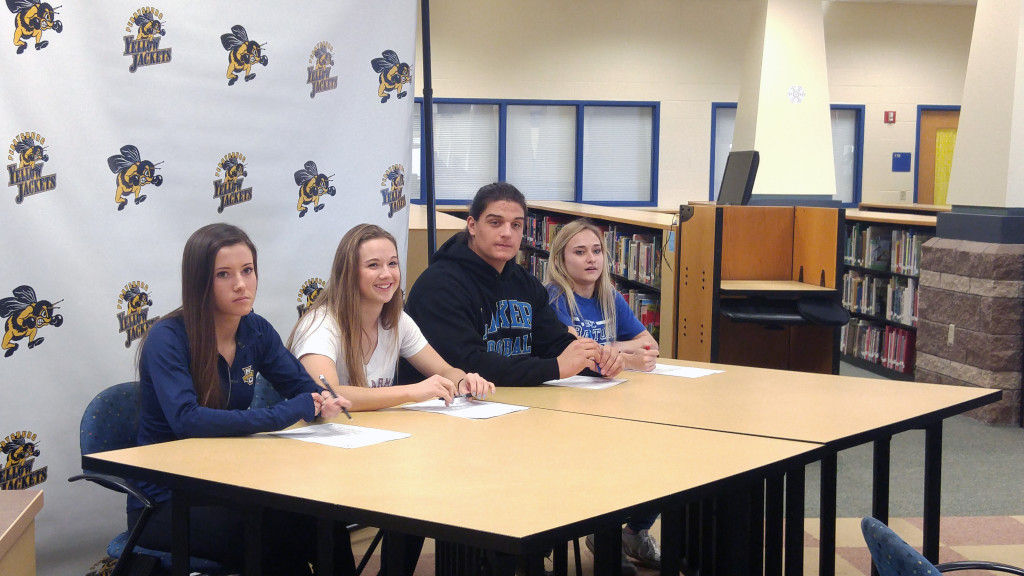 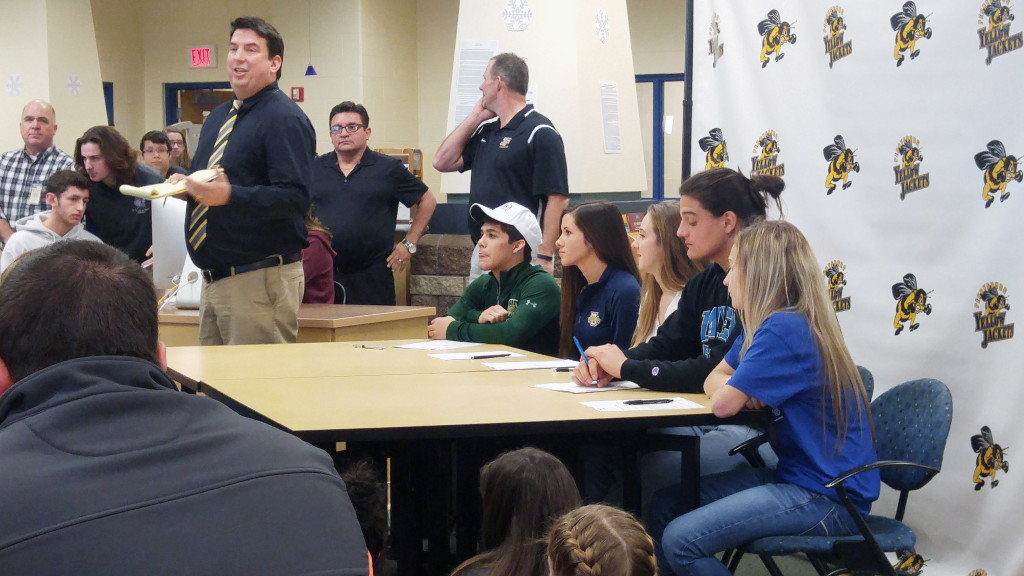 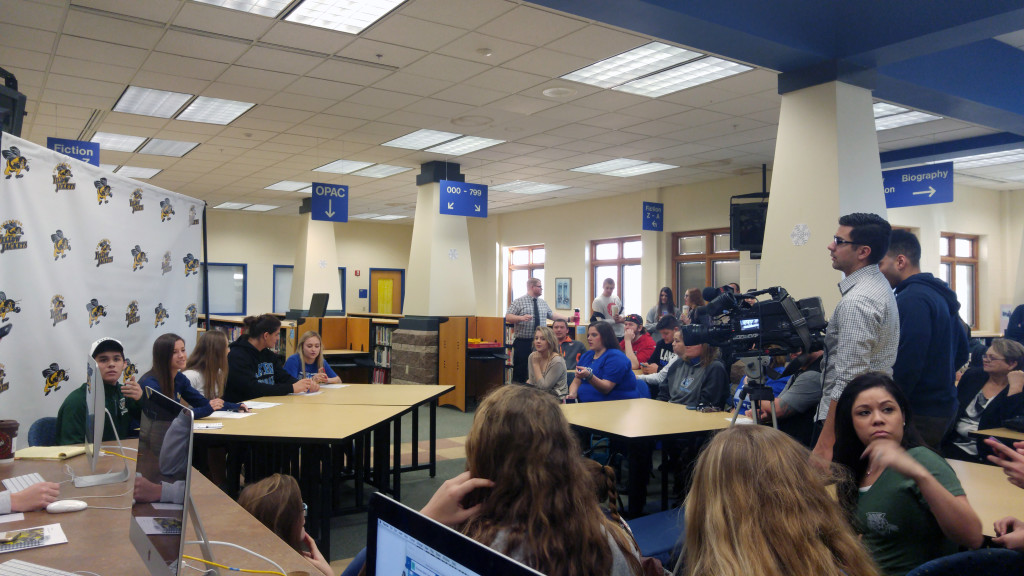 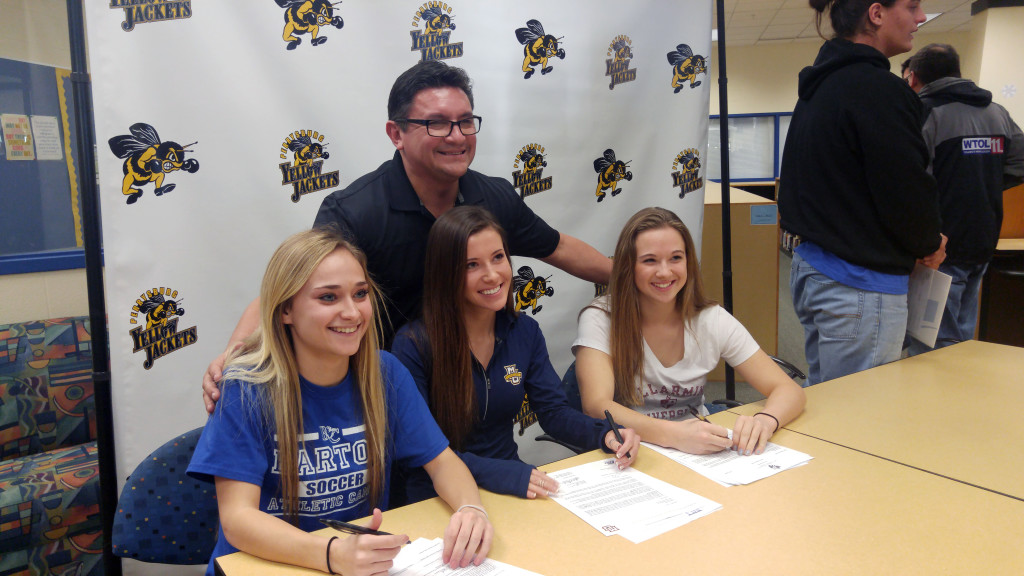 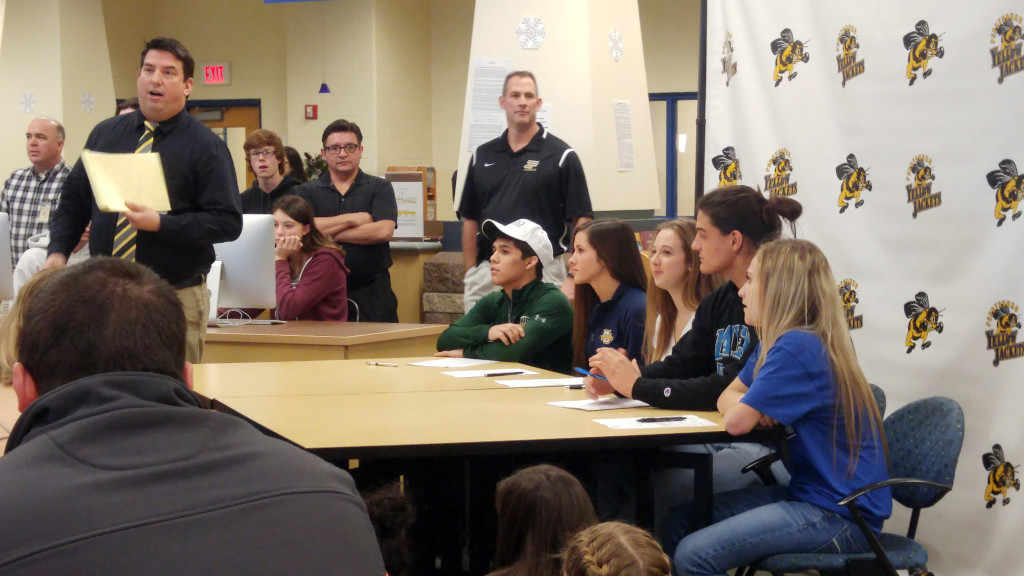 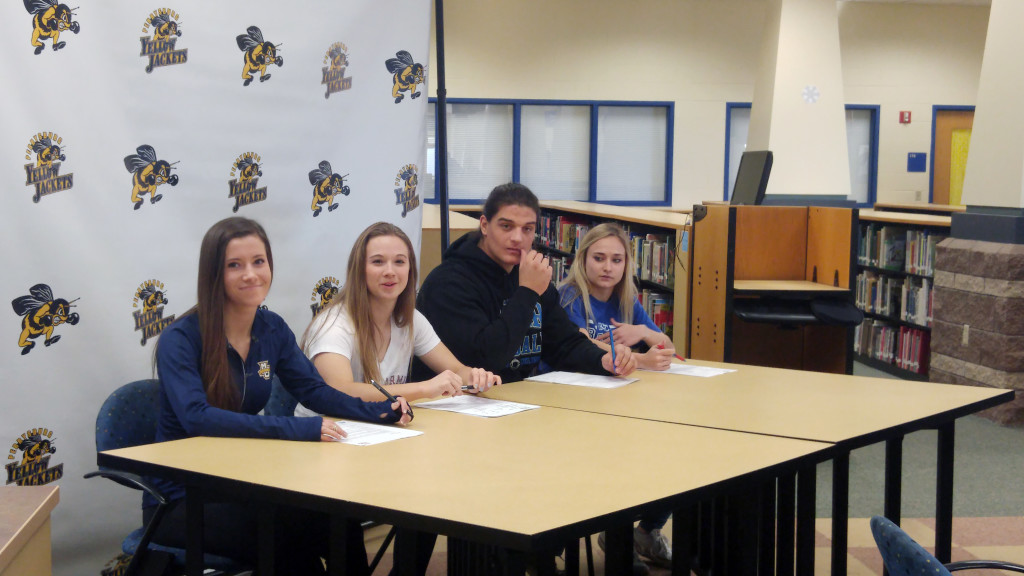 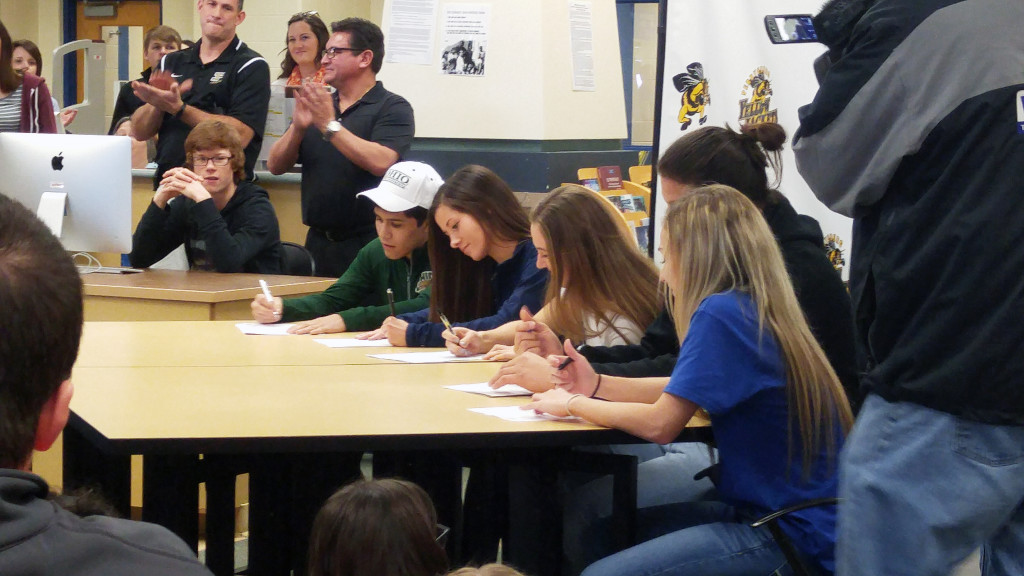 Chaz Westfall, who signed to Grand Valley State for football, was very excited to go there. “Once I went on campus, I fell in love with it and knew it was where I wanted to be,” he said when asked if this was his first choice of school.

His supportive family was there and they were very proud, knowing the dedication he put in saying, “He deserves this.” This scholarship will pay for three-fourths of a ride. Tuition and books are covered and only room and board need to be paid for.

Perrysburg High School football coach Matt Kregel said he’s been, “very thankful we got to have him on our team for three years. great person with a great family. Great to have him here, but also excited to see what’s in the future.”

Another one of the three sports represented that day was wrestling. Mario Guillen is signing to Ohio University for just that. His family was also there, with his Uncle Joe saying, “his hard work paid off. Years and years of hard work.”

Mario said that he had been dreaming of going there since he was a kid. But when he went to campus he knew for sure that this was the college for him.

I asked if he had anything specifically to say and he said, “I’d just like to thank my family friends, coaches and teammates because they pushed me to get to where I am.”

After signing Bri stated, “I thank my family, friends and coaches for always being there for me and pushing me to my full potential.”
The families were also very happy about their children’s success.

Josie’s father stated while referring to his daughter, “She put in a lot of work to get here. Her coach taught her just about everything she knows.” This was the college she wanted even after visiting 7 colleges and a total of 34 wanted her to come play. Between Marquette and Michigan State were her top two, but was glad she chose Marquette.

Erica had wanted to get into this college since July of last summer. Erica’s mom said that she was, “really proud of her as being a student athlete.”

Stories by this author: