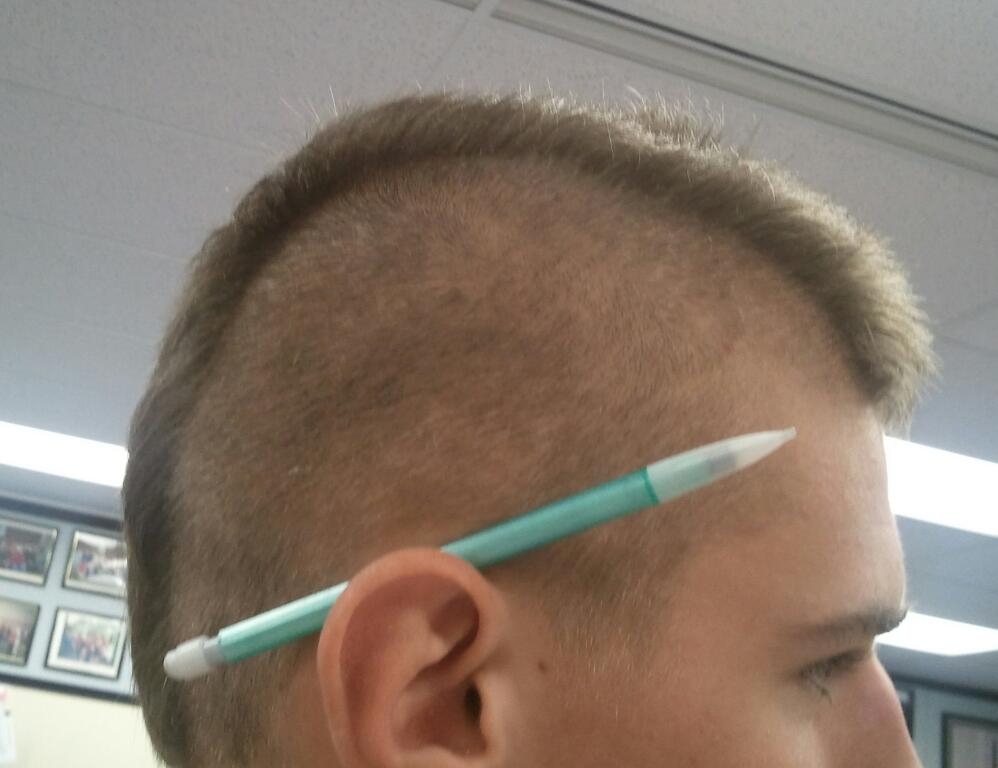 Senior football player Zach Frank is one of many players and students who sport a mohawk during Maumee Week.

It is not a usual haircut we are used to seeing at Perrysburg High School, but it is popping up everywhere — the mohawk.

Football players have traded in their normal haircuts for this new style.

Mohawks on football players at the end of a season can only mean one thing, it Maumee time! Getting Mohawks is just one of the many traditions Perrysburg students and football players participate in the week of the Maumee game.

But while the outside of their head might not be the same, on the inside they all have the same goal in mind — to beat Maumee. Not all of these Mohawks are the same. They are all different and reflect each player’s personality. Some are spiked up, some reversed, and some with details on the sides.

“We have a great team. I am confident that we will win if everyone performs well,” said senior Jimmy Reddick. 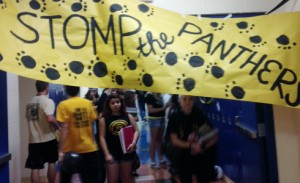 Streamers and Stomp the Panther signs were erected in hallways in anticipation of the Maumee game    SOPHIA FRANCK photo.

It promises to be a great game. Just as every rivalry is. Whether it is Ohio State vs. Michigan or Duke vs. North Carolina every player lays it all out on the line. Perrysburg vs. Maumee is no different.

There seems to be a greater intensity when facing a rival. Bigger plays are made, players hit harder, and fans cheer louder. Not to mention that in this rivalry there is a bell involved.

Obtaining this bell would not just mean victory, but playoffs too. Something the Jacket football program has not seen in quite some time.

This game is really all or nothing for the Jackets. With so much to play for Jackets will be coming out with some extra sting and a swarm of fan to cheer them on to victory.